So i took of on Aug 21st with a sense of urgency to get the hell out of the city. I had been packing all day and although i had been ‘packing’ the last several days prior to departure, i suspect that i wouldn’t account for all the things i think i want on the road. i had already decided to come back to oakland the following week to fly out to see uma since i wasn’t going to see her at the end of september. So, i pretty much frame the next 5 days or so as a trial run on what i living on the road really means when i would need to pack ‘everything’ for this journey. for the most part, half of the stuff i packed was camera/video gear for the intended purpose of doing a lot of photography/video on the trip. I am suspecting that in the next year, I would have create as much media/content as i have in the past 2-3 years combined. In addition, I have decided to immerse myself into the world of video capture and editing, even though i had drag my feet around this manner for the past 10 years. Anyway, I quickly learn on the road, that I would probably be offline for at least 70% of the day. With the areas that i typically want to go and limited data plans (even with ‘unlimited’ data plans the throttle speed is too cumbersome for me to be productive), I need to embrace being offline more to learn out in nature and curb my addition to be on computer/phone. During the first few days, even though i had capture a bunch of videos/photos, I was feeling rather hesitant to post to social media for a number of reasons. I have been contemplating the narrative of my posts and i may have to be frank, i may be overthinking about it. still, i was feeling quite unnatural about posing myself in some of the scenes all the while knowing that i was just doing it for social media. as much as i want share what this journey looks like/means to me, i think i just need to stick with the long format that is my blog or a video compilation. Between the contrive feeling of posing at scenes, waiting for a decent internet connection and not least the addiction of external validation of likes should be plenty of reasons for me to quit social media for the next year. so, when you do see me posting on social media, just know that i am regressing and/or on the cerebral high of some party treats. The real journey starts next week after labor day and all the kids are back in school. Meanwhile, enjoy some photos from my afternoon in Mendicino, quite a cute town! 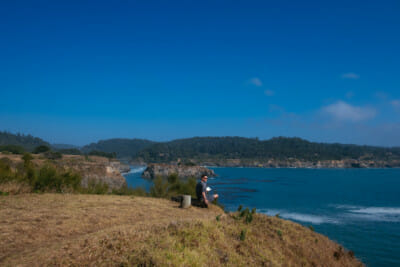 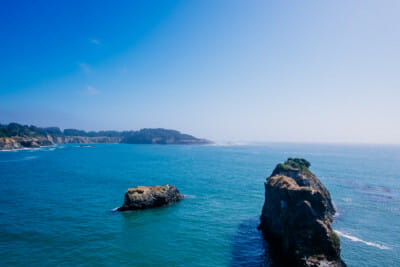 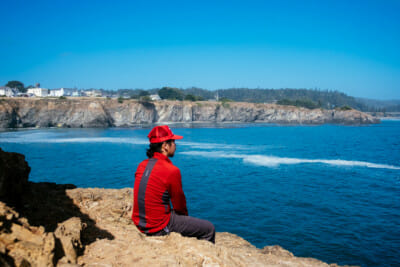