Final Training Update and reaching the summit of training 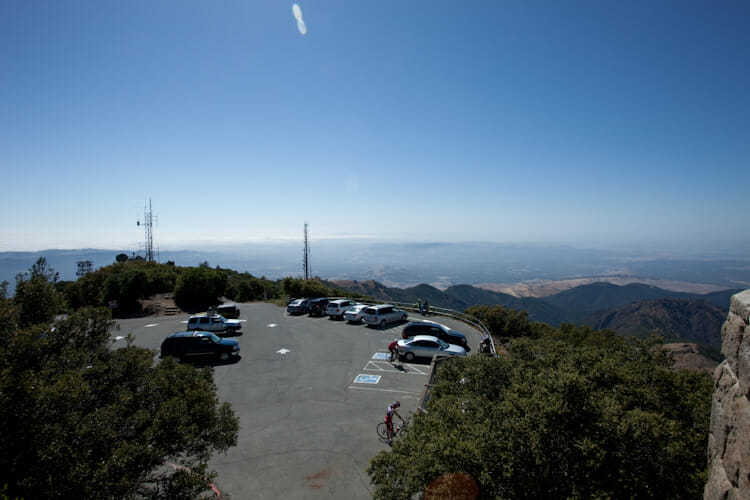 With the fund raising all done and the start of the ride is exactly one week away, i am relaxing from the most ambitious ride of my training. We did the ‘three bears’, with about 1000 ft in elevation change and then headed over to Mt Diablo for another 4000 st climb. It was billed as an 81 mile ride but i did an extra 10 miles because i got separated from the main group! By the time i was starting the climb the last 1500 ft of Mt Diablo, i was already at my 54th mile. It was around 330pm in the afternoon and although not as hot as it could be in the easy bay, i was drench in sweat and had to constantly wipe the sweat coming down my eyes. more than several occasions, i wanted to give up and turn around. i kept thinking, i’ve done more than enough already, don’t push your self beyond exhaustion. Because i was behind everyone due to the detour, i wasn’t taking a leisurely slow pace up the hill. i didn’t want to get left behind and get lost again! the combination of my ego and the mantra that i was doing this for the benefit of others help me reach the top! as it turn out, the ride leaders/sweepers hadn’t gone up to the summit when i saw them at the mid point (i had thought they had done the summit already and was waiting for others to come down). When i saw them coming up the ‘wall’ as they say, i was relieved that i didn’t have to rush down to meet up with the group! The descent on Mt Diablo is also fairly strenuous on the body, it’s the longest descent anywhere in the bay area. With a fatigue mind and body, I wasn’t exactly enjoying the descent as my back was killing me and my hands were numb from braking so much! As the final challenge, on our way back to Orinda, our starting point, we were experiencing considerable head wind and chilly temperatures. Still, i finished feeling a lot better than i expected. better than when i did the century earlier in the month. the training was paying off. I am wrapping up the month of May with 392 miles so far. Maybe a couple more short rides this week and i could hit my goal of 500 for the month!

the only thing that annoyed me was my shoes throughout the ride. i got some commuter shoes/pedals and they were beginning to really show their limits. Further research suggests that my knees issues go be associated to the cleat styles i had on the shoe. So in the final week of preparation, i am looking into a better set of shoes/cleat combos. My investment in a new seat was so so worthwhile. It was never an issue compared to my saddles i had on. i couldn’t believe the difference it made in the enjoyment of long rides. i don’t feel good spending that much money on gear considering my financial situation but i do believe that it’s an investment that will give me many years of enjoying the bike. no doubt, signing up for the AIDS life cycle was one of the best things i did for myself this year. My health feels really good and the mind space/enjoyment of the rides have given me more joy than i expected. I really want to continue using my bike as a wonderful tool to exercise my body, give clarity to my mind and even use it for the benefit of others. i am beginning to already thinking about doing the AIDS Lifecycle again next year!