Sikkim is in the north east corner of india and it would probably taken at least 3 days to travel by train/bus. I decided to fly into sikkim from delhi and i was glad i did. the closest airport city to sikkim was only about 50 miles away but it took close to 5 hours by jeep. geographically sikkim isn’t that large in square miles but because it’s all in the hills/mountains, it took some serious mountain driving on dirt roads to get some major area to another. I hadn’t taken any trips on shared jeeps up until now and again, i learn to not hold on to so tight to the 10 other passengers in the jeep.

the last and final monastery that i visited. 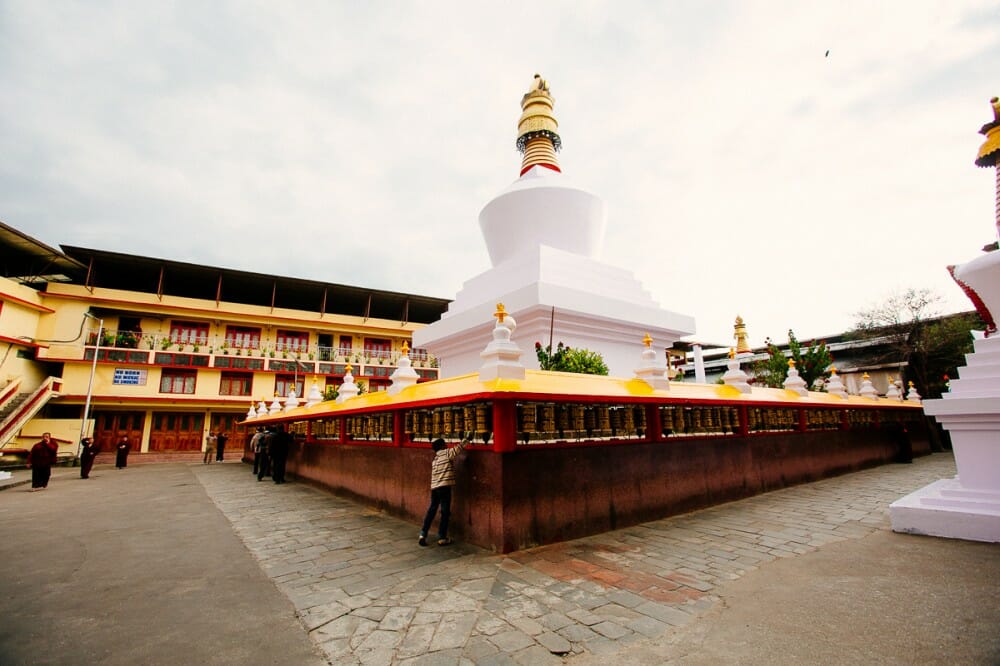 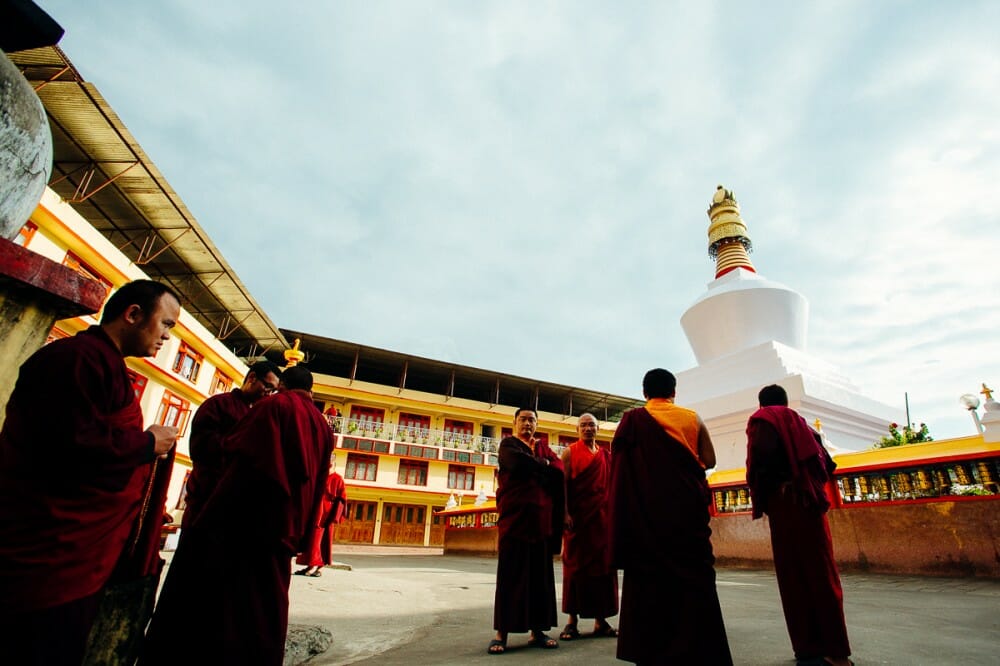 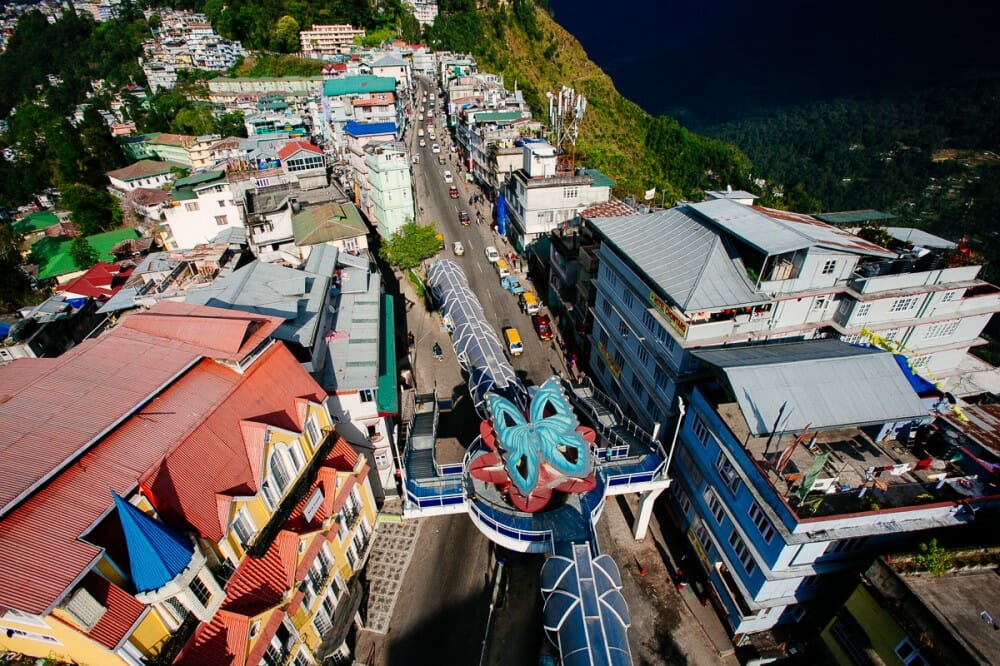 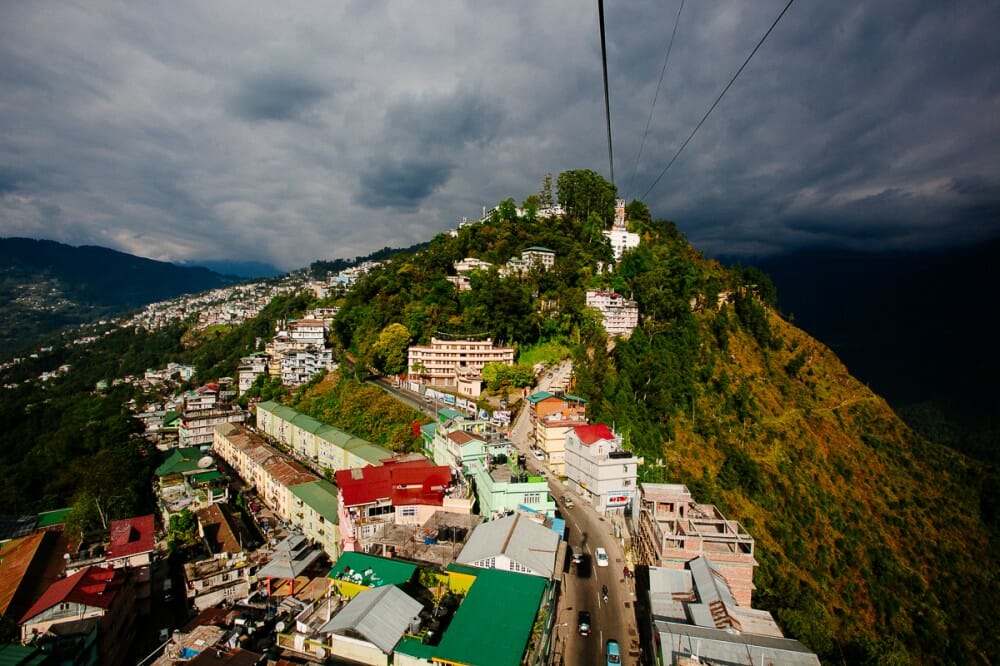 if you look closely, you can see clothes drying on the hill side 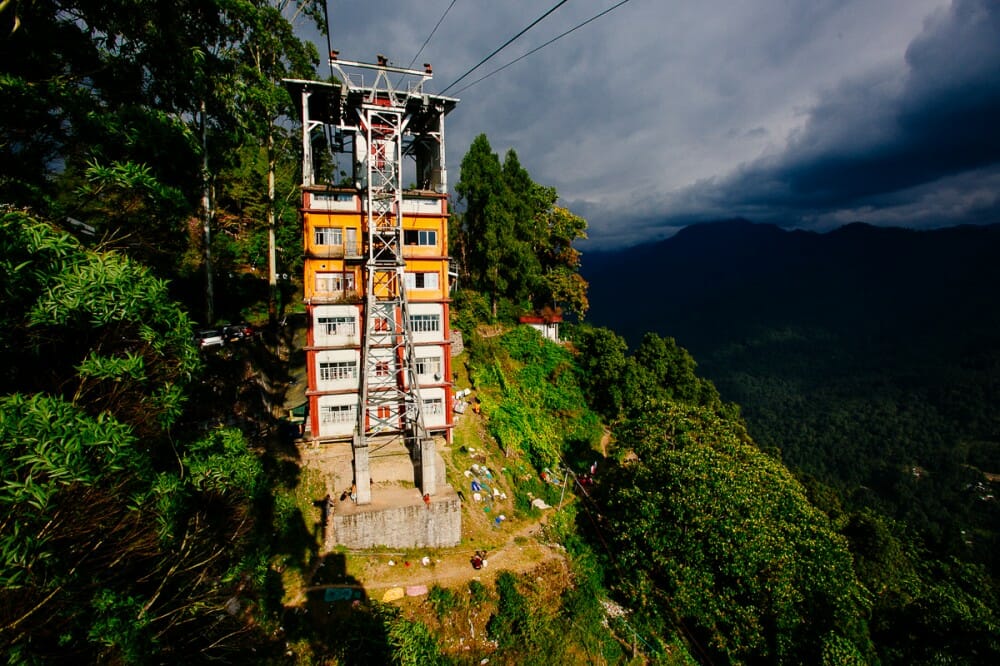 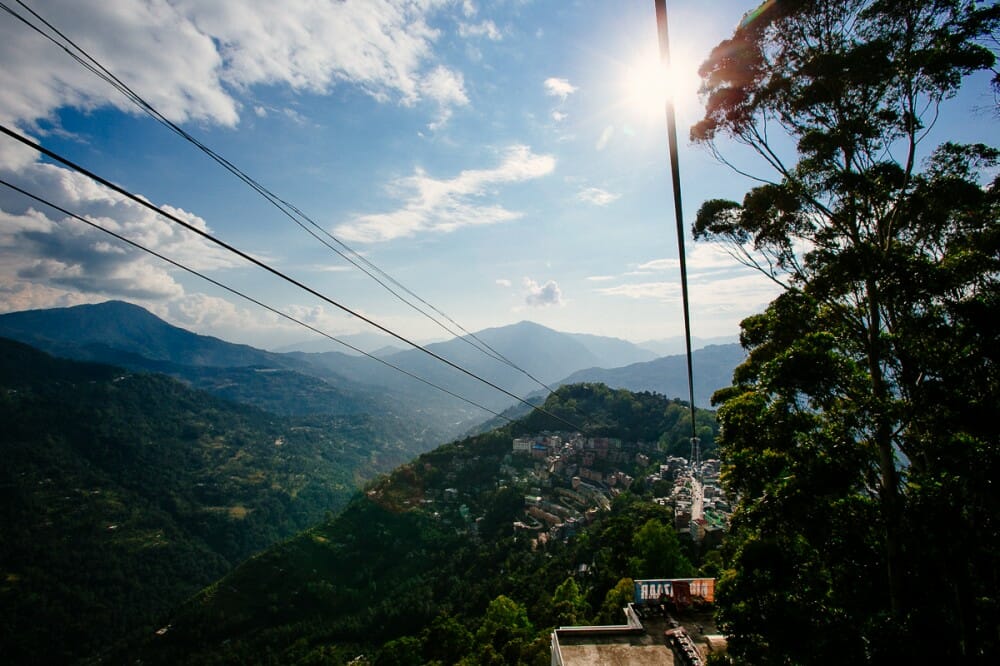 the views were pretty nice 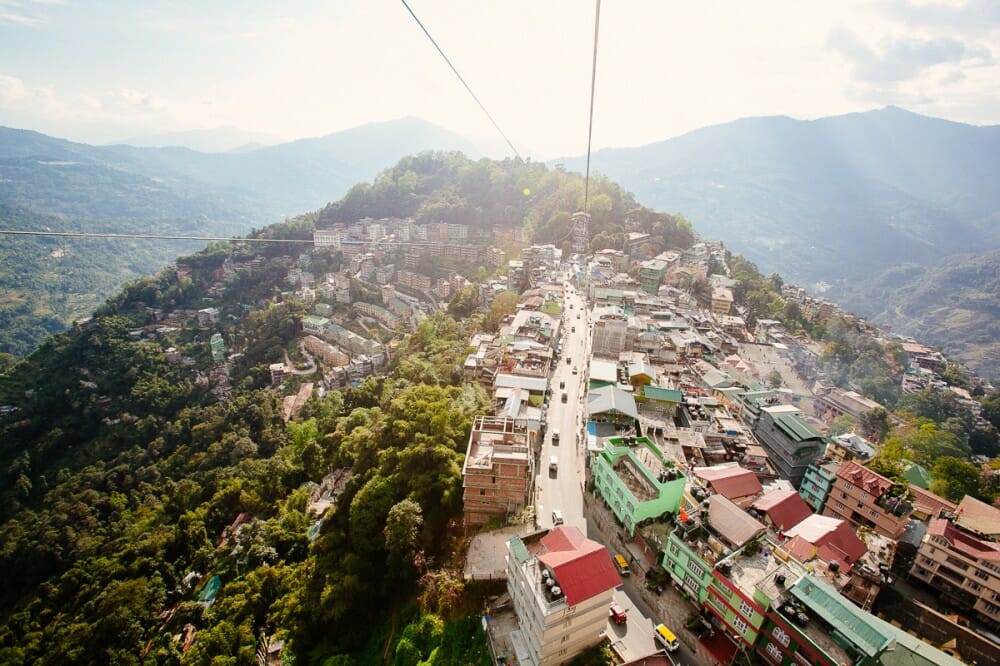 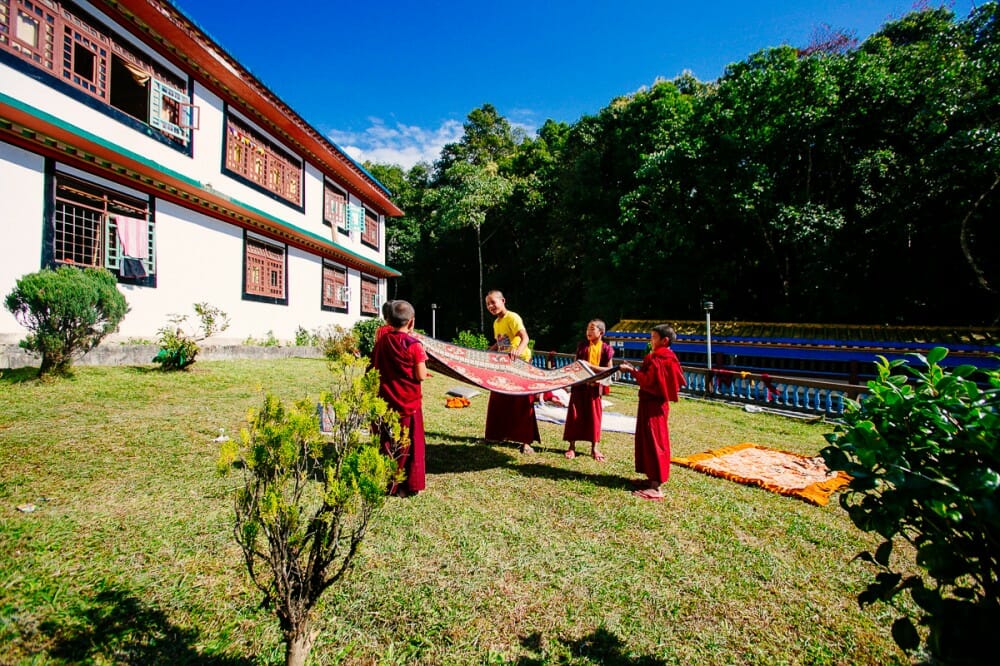 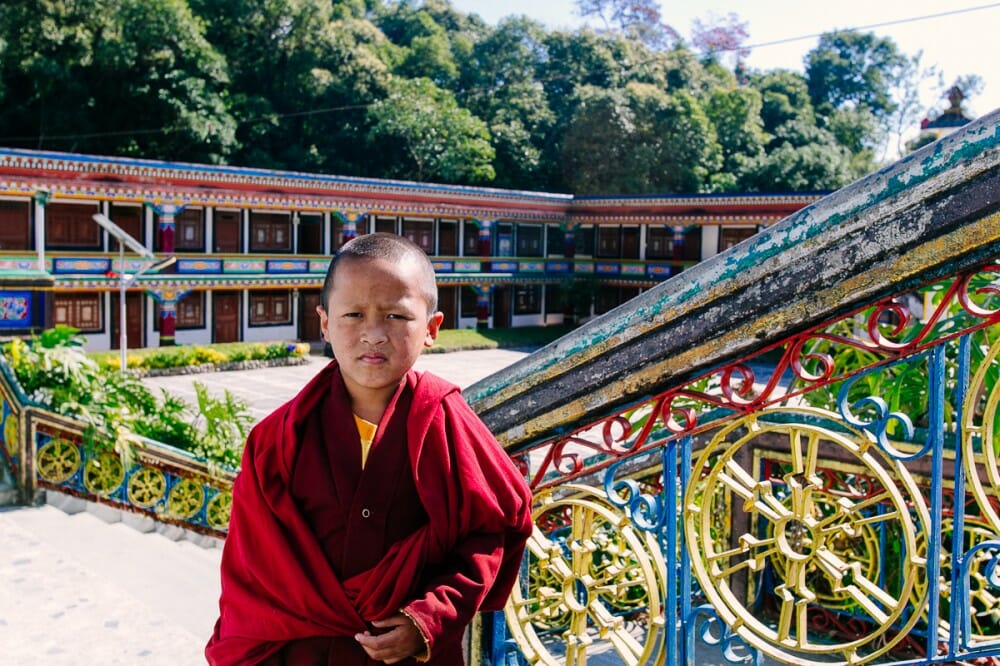 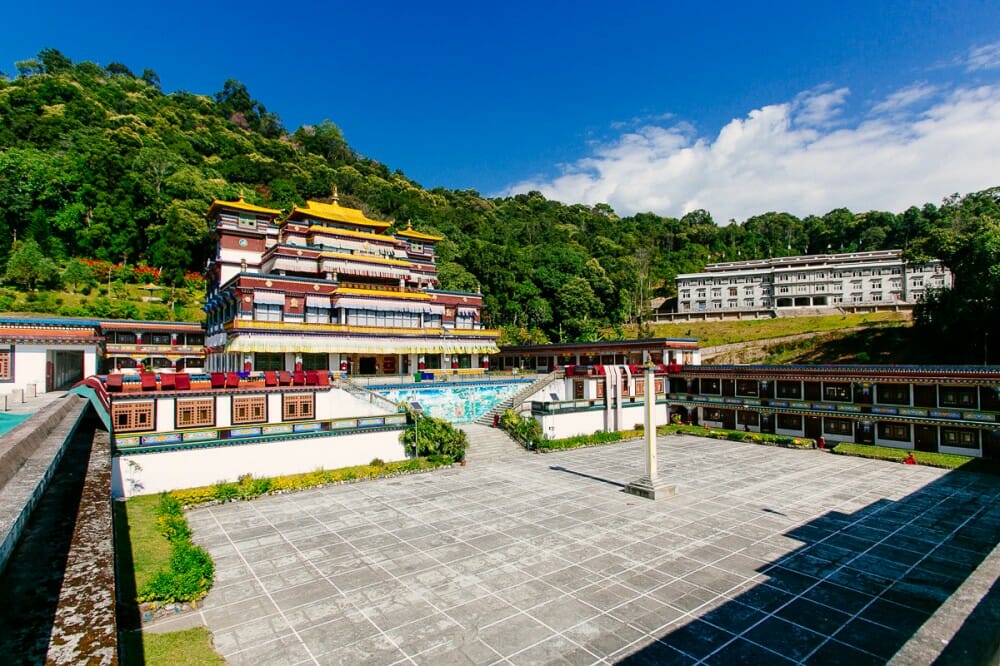 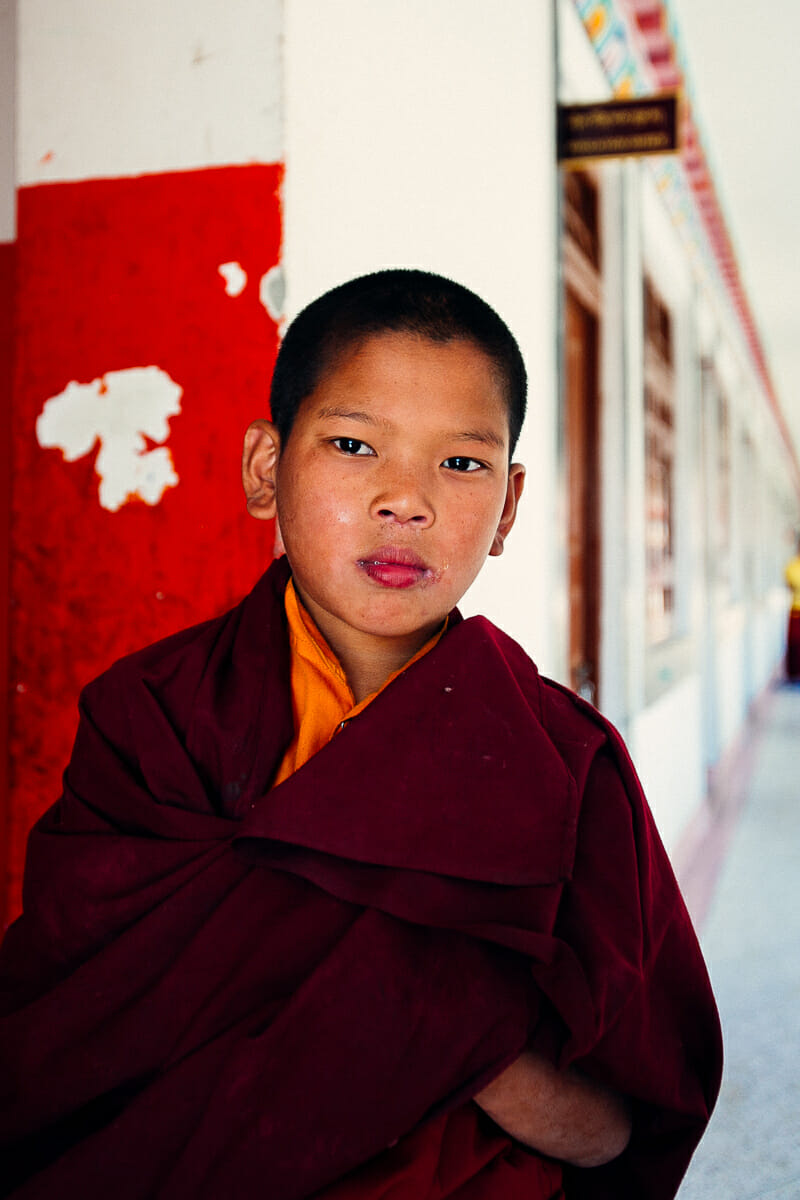 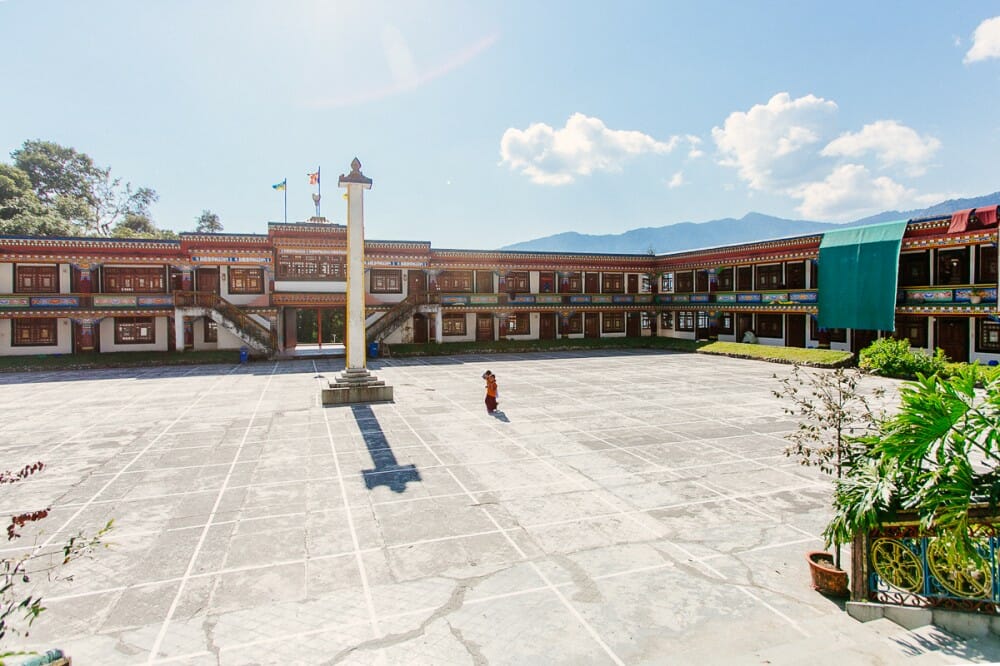 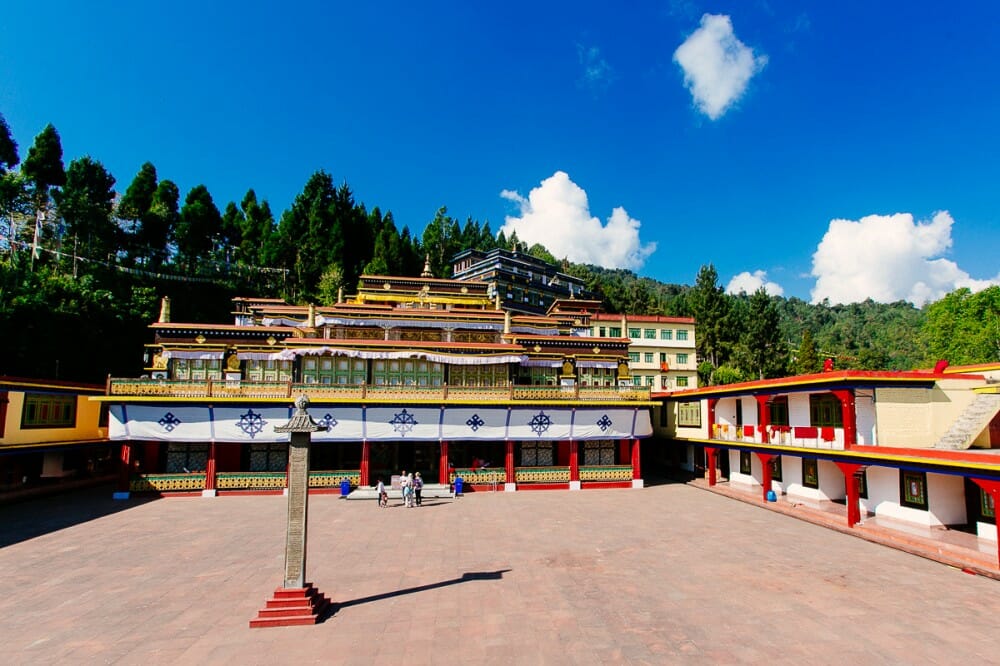 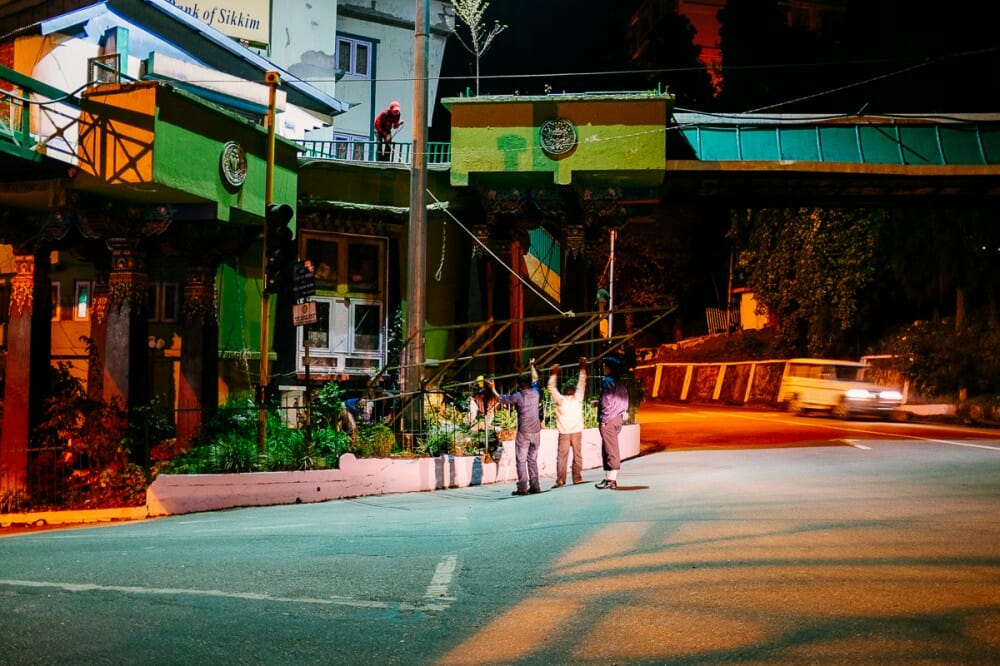 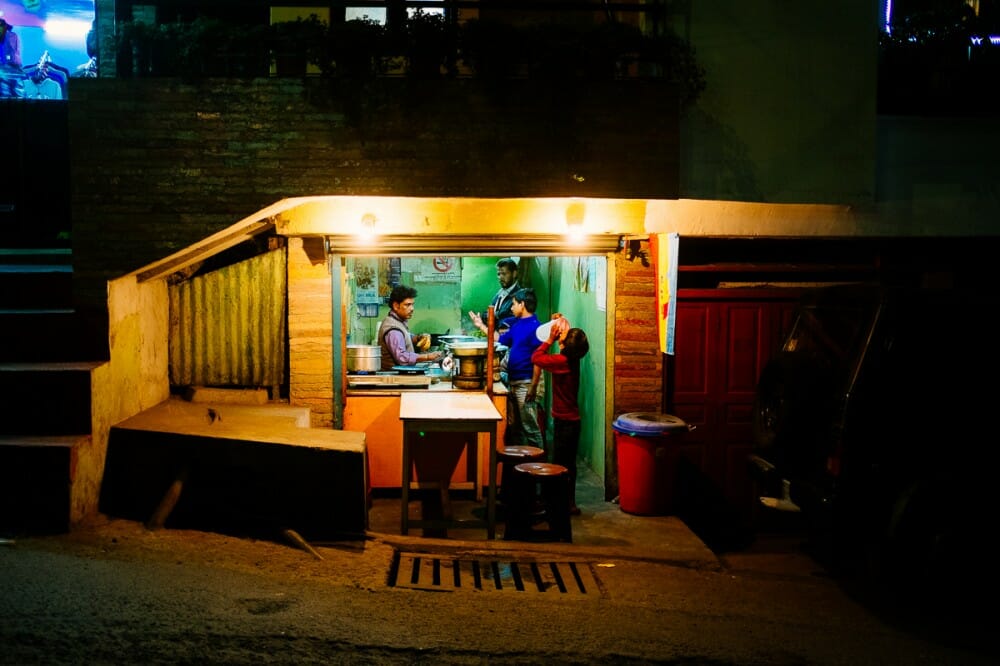 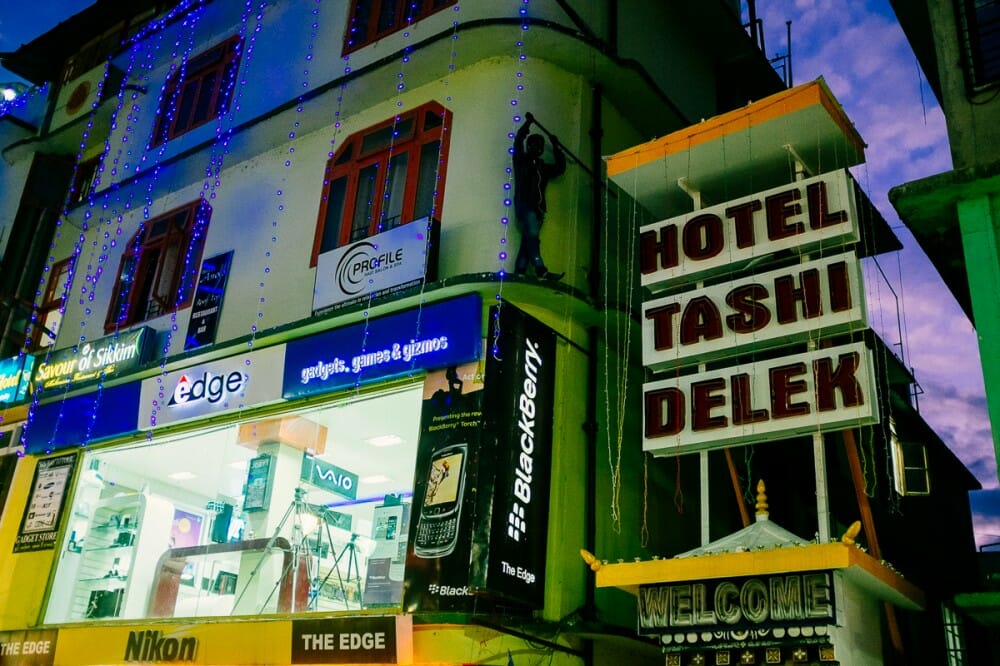 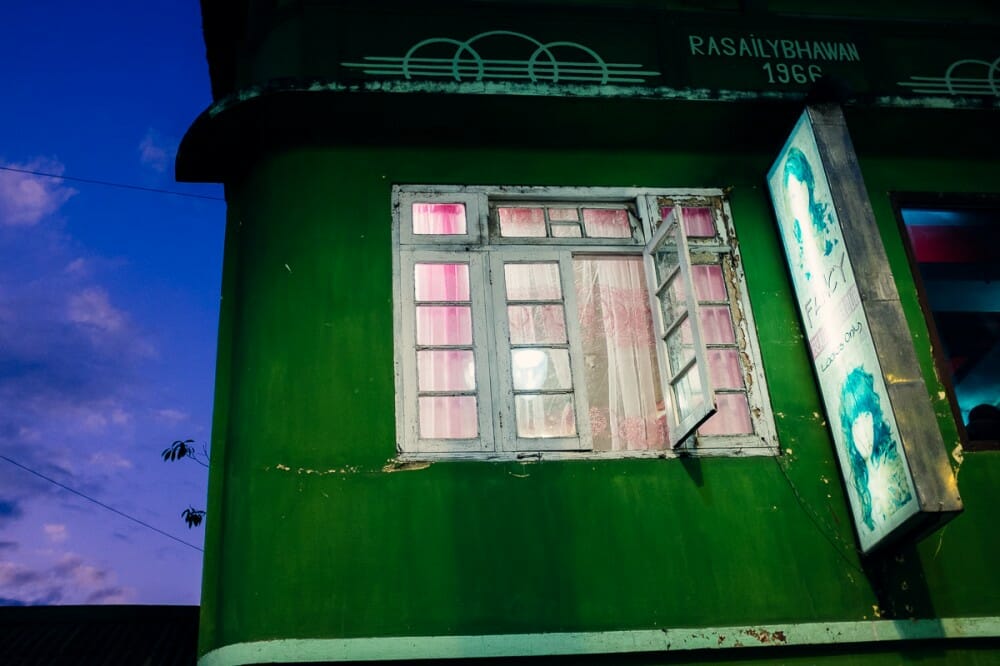 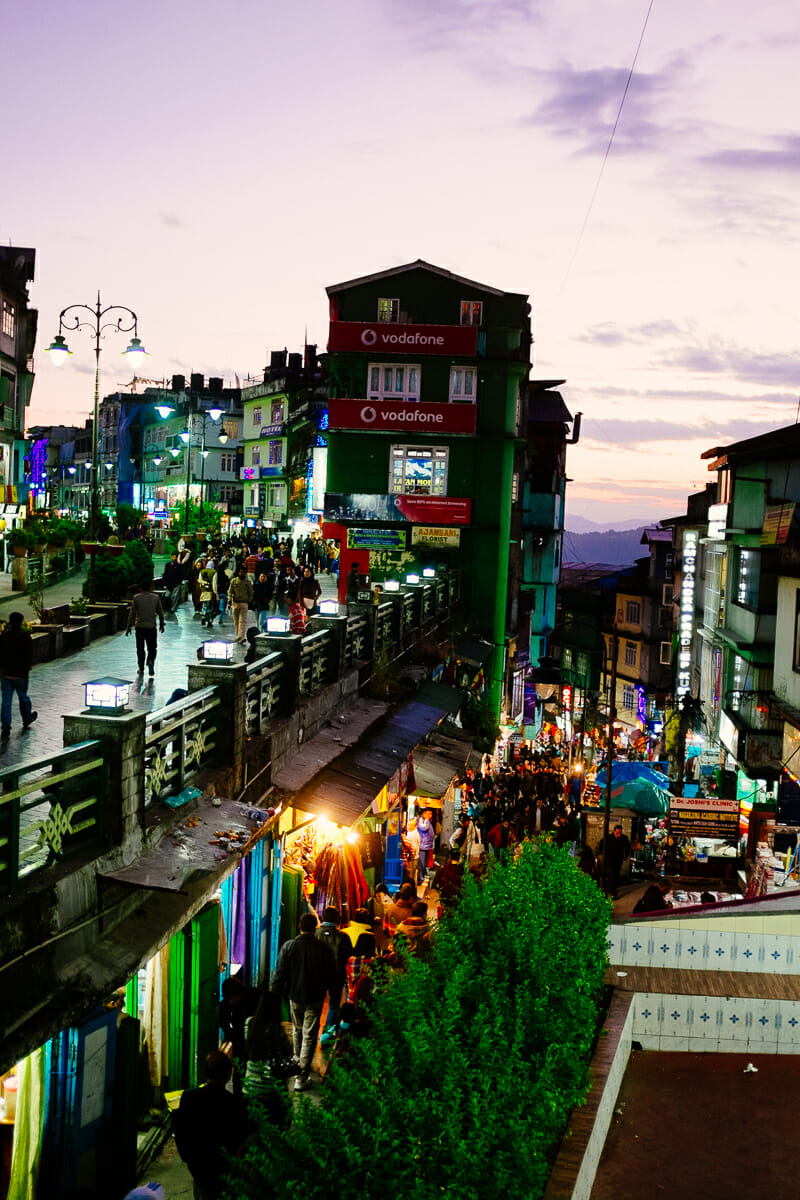 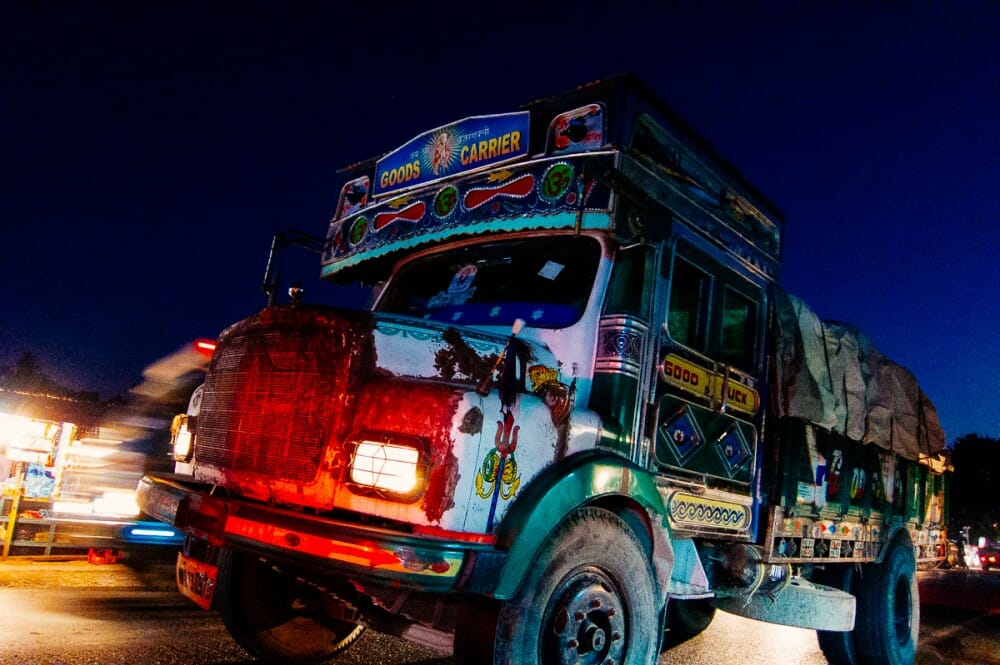 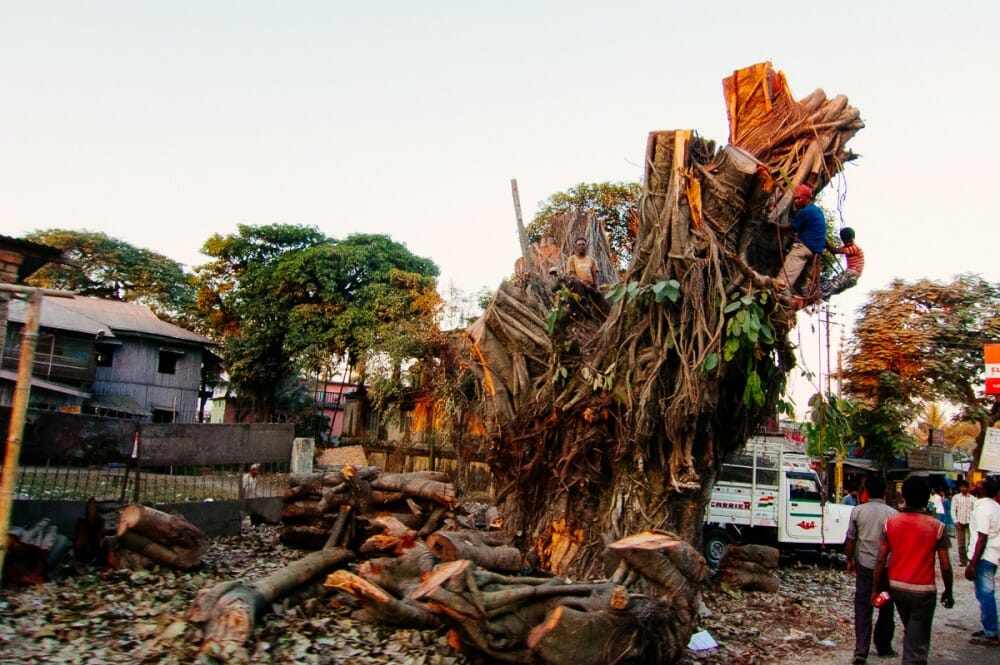